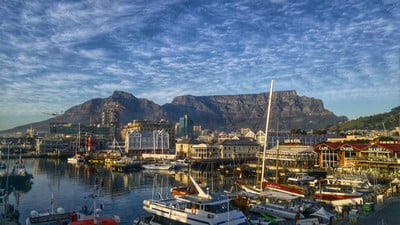 If you’re reading this, you’ve probably already decided to become one of around 200,000 UK expatriates who have moved to South Africa seeking a relaxing, outdoor lifestyle in a country of staggering natural beauty, multicultural diversity, and three (yes, three!) capital cities.

Known as The Rainbow Nation since post-apartheid, due to its unity of many ethnicities, traditions, and languages (there are 11 official languages spoken throughout), South Africa has not been without its troubles over the years, but with some essential knowledge, proper planning, and careful preparation, we can help make your move to South Africa as smooth as can be.

The type of residency you’ll need when moving to South Africa will depend on how long you’re planning to stay, and whether you can provide adequate proof that you will be able to support yourself during this time. Aside from your passport, a stay of longer than 90 days will require a temporary residence permit, allowing you to live and work in the country for up to 3 years. As a retiree, you can claim a UK state pension while living in South Africa, making it the most popular reason for UK expats moving over, and enjoying the warm climate and affordable living costs.

UK expats moving to South Africa can expect lots of sunshine, rainfall levels that are around half those of the global average, and a pleasant rotation of the 4 seasons. Climate is governed mostly by the cooling breeze of the Mediterranean Sea to the west, and warm, humid winds the Indian Ocean brings from the east. Over 90% of expats living in South Africa say there are happy with the weather there, with December to March summer temperatures averaging 25⁰C, but often reaching much higher in the semi-desert climate of the north-west. Winters, between June and August, are mild with the average temperature around 17⁰C- so there is plenty of opportunity for outdoor activity all year round. The natural landscape of South Africa is widely praised as some of the most beautiful to view, and challenging to cross for hiking, cycling, and walking enthusiasts. South Africans take great pride in their sporting teams, excelling at rugby, cricket, and hosting the Football World Cup in 2010. Surfing is extremely popular, and professional thrill-seekers regularly travel to Hout Bay, a seaside suburb near Cape Town, for some of the biggest swells outside of Australia and the USA.

South Africa is currently considered to have a comparatively struggling economy, due mostly to the weakness of the national currency, the rand. However, many expats who intend to use GBP to live off savings, or by receiving a UK state pension, can expect considerable benefits when it comes to day-to-day living costs. Your money will certainly reach further than it would across many European, North American, and Asian countries. The average worker is paid around 20,000 ZAR per month, which equates to just over £1000, and a basic 2-bedroom home could be bought for around 937,000 ZAR, or £47,000. Everyday groceries are slightly more expensive than what they would usually be in the UK, though the cost of eating out is much cheaper and a couple could dine out on a 3-course meal at a renowned restaurant for around £25. Tipping a waiter, bartender, UBER driver, or carwash is widely expected since tips make up a large part of these workers’ income. While general living costs may be low, a UK expat living in South Africa will be responsible for, and be expected to fund themselves, almost everything they will need to get by day-to-day. This includes- but is not limited to- private health care, school education for children, private security for your home, and a car, since some public transport such as trains and the metro is old, unmaintained, and inadvisable to use. Here are some of the most common current day-to-day living costs in South Africa:

Local laws, Customs, & What to Expect Living in South Africa

It’s important to understand that South Africa is a country of extremes, with around 55% of the adult population living in poverty. Apartheid, the policy of racial and social segregation, was ended in 1994 and replaced with a democratic government. There is still, unfortunately, a segregation between the rich and poor, the black population and the white, both geographically and socioeconomically. In the major cities such as Johannesburg, Cape Town, Pretoria, and Port Elizabeth, the wealthy and mostly white populated suburbs are situated away from the poor, black inhabited, enclaves. This is certainly being addressed, and the country’s vast social inequality is gradually moving towards more level ground. There are parts of South Africa that are regarded as unsafe, where crime and poverty is rife, though much of the population are welcoming and hospitable to expats- including those from the UK. Most violent crime takes place away from the large metropolitan areas, in the outlying townships, whereas most city centre crime is opportunistic such as petty theft. With diligence, caution, and care, as with anywhere else in the world, a UK expat can live a safe and comfortable life in South Africa. As advised by the UK government, always carry a copy of your passport data page and a copy of your visitors or residence permit with you, since South African authorities may stop you and ask for proof of legal residence at any time.

Intercity travel is generally seen as good value, reliable, and safe, especially when travelling first class or in carriages with other people. Major cities are well linked via buses, although there is no direct train between Johannesburg and Cape Town, for instance. Some local public transport such as trains and the metro are old, unmaintained, and inadvisable to use at night or when travelling alone.

A UK expat will need their passport or birth certificate, a work or study permit, proof of address such as a utility bill, and three months of bank statements to open a bank account in South Africa.

Removals to South Africa from the UK

Now that you understand some of the most important considerations to make as a UK expat moving to South Africa, it’s time to plan your dream move! At Matthew James Removals, we have over three generations of experience getting UK expats to their dream life in South Africa. We offer door to door removals, customs clearance assistance and much more to ensure your move is as easy and hassle-free as possible! Contact us now for a fast, free, no-obligation quote!