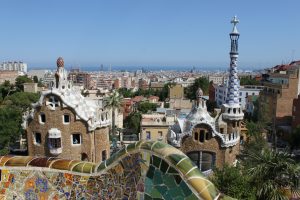 With a warmer climate and a generally relaxed, slower pace of life, Spain remains an attractive destination for Brits seeking a new place to call home. Official figures state that, currently, more than 300,000 UK citizens live in Spain, making it the most popular EU country for British expats to live in. Continue reading for a complete overview of what you should know before moving to Spain.

British citizens moving to Spain must obtain a residence permit by making an appointment with the Spanish consulate in London or Edinburgh.
There are three types of residence permits:

When you move to Spain, you must have a monthly income of £2,000 to obtain a working visa.

See our in-depth guide for more advice on moving to Spain after Brexit.

All foreign nationals will need a Spanish NIE number (Número de Identificación de Extranjero) to live in Spain. An NIE is a tax identification number issued by the Police. It is a legal requirement to have an NIE before you do anything involved in relocating, such as:

Attaining an NIE should be done in person, but some people choose to hire a representative to do so on their behalf before they move to Spain. Once you have obtained an NIE number, it will be yours indefinitely.

For many people, healthcare is a priority when moving to Spain from the UK and leaving the comfort of the NHS. However, the Spanish healthcare system is similar to the system in the UK.

However, in some areas of Spain, you may want to invest in private health insurance, as it may be more challenging to find a public healthcare provider.

You must show proof of healthcare cover when you move to Spain before registering as a resident or applying for a visa, but this will be covered by the public healthcare insurance paid for through tax payments.

Finding work in Spain might feel more difficult without the EU right to work abroad, but there are still plenty of job opportunities. While unemployment rates in Spain are high, there are shortages in many sectors, particularly for skilled workers.

Many jobs will require you to speak Spanish, but do not be deterred if you don’t. Spain is home to a thriving tourist industry, so native English speakers are an asset. Teaching English as a foreign language is also an excellent choice for those who move to Spain with educational experience or an interest in education.

The process of buying a property in Spain is quite straightforward, but it is important to note that is very different to the process in the UK.

For instance, in Spain, a Will must first exist before buying a house so that it can cover the disposal of your Spanish assets when you die. Another difference is that if the previous owner had any outstanding debts, you might be liable for them when buying the property.

To avoid problems, always ensure that you hire an independent legal advisor who has an excellent command of English and specialises in Spanish Land Law.

One of the biggest perks of moving to Spain is that the general cost of living is lower than in the UK. Leisure activities, transport and food are all typically cheaper, especially if purchased outside tourist areas.

Of course, the cost of living will greatly vary according to where you choose to move to. For instance, if you choose a Spanish island or rural Southern area, your rental costs will be much lower than if you decided upon Barcelona or Madrid. Nonetheless, both major cities are still cheaper than London!

You will generally find that Spain has an excellent and affordable public transport network. The cost of rail tickets are, on the whole, much cheaper than in the UK, making commutes from towns to major cities far easier on the wallet.

Travel between cities is also affordable, especially if you book in advance. Buses, in particular, are a great way to get around, with bus routes reaching most towns within the country. However, there are many different operators, which can be daunting for the uninitiated, so it can take some time to get used to.

Despite what you’ve heard, Spain is not, in fact, sunny all-year-round. Spain is a large country, which means the climate varies according to region. In the North of Spain, there are typically warm summers and milder winters. In the South, the climate is generally quite hot – probably why the majority of Brits end up there! Central Spain, on the other hand, experiences a mix of hot and cold weather extremes.

If the weather is a primary reason for your move to Spain, think carefully about where you’d be happiest living.

Getting your belongings there

When you have firmly made your decision about moving to Spain, Matthew James Removals is ready to assist you with your international removal. Whether you are seeking the sunny climes of the Costa del Sol and require removals to Malaga, or prefer the hustle and bustle of a lively city and require removals to Madrid – we can cover your entire door-to-door move from the UK to Spain.