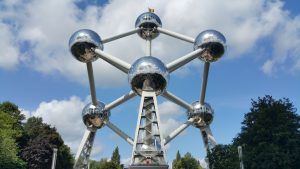 If the chocolate and the beer isn’t enough reason for you to think about moving to Belgium; it should also be noted, that Belgium successfully ranks as one of the countries with the highest quality of life.

Although it is one of the smallest countries in the world, it is densely populated and is commonly known as the heart of Europe – as four countries border it. It is a popular destination for expats because of its diversity, excellent health care and education system.

For most, relocating to a new country can be a daunting prospect. Properly researching your chosen country and equipping yourself with essential knowledge will help make you feel more prepared for your move. Read on to find out important points to consider before moving to Belgium from the UK.

Belgium properties tend to be cheaper than those in nearby countries. By far, Brussels is the most common destination expats look at to move to, and many people enquire predominantly for removals to Brussels; out of all the cities in Belgium. However, if you do not have a job commitment in Brussels, we would recommend exploring other Belgian cities. You can find many Belgian towns and smaller cities that are picturesque and modern and only a stone throw away from the main cities.

Housing in the main metropolitan areas can be very expensive, so it may be difficult to find affordable accommodation in the central areas of the city. Opting to buy property on the outskirts may be a suitable alternative, but it is advised that you get housing that is close to transport links. Belgium is notorious for having the worse traffic jams, so driving to work is not suggested.

It is important to note that there are no restrictions that prevent an expat from buying properties in Belgium; however renting a property is a more straightforward process, especially if you are planning a short-term move.

The healthcare system is split into private and state sectors. It is funded by a combination of personal health insurance funds and Belgian social security contributions. Initially, holding a European Health Insurance Card (EHIC) will suffice for any medical needs, however, once you take up permanent residency and/or employment, you will have to register for the Belgian health insurance fund (mutuelle / ziekenfonds).

Although Belgium is a relatively small country; it has a very complex governmental system. There is a federal government, and under that umbrella falls three regional governments (Flanders, Wallonia and Brussels), and lastly, three community governments – for each language group (French, Dutch and German). Fortunately, for the most part, Belgians live in harmony in spite of the political differences.

When moving to Belgium, is it essential to be well versed in the legislations and rules that each governmental system has imposed – which applies to you and the location you live in. It is important to consider that depending on which municipality you live in the town hall administration will differ. Therefore, do not assume that in all regions, the municipality centre workers and registration paperwork will be in English, as this is not always the case.

Belgian culture is an integral part of the overall European culture. Their influence is evident in different areas, such as on TV (Tintin and The Smurfs), art (Rubens and Magritte), and even on the culinary scene (Belgian waffles, chocolates and beer).

There is a plethora of cultural events, experiences and occasions in Belgium which you can participate in once you move. It is a good way for expats to be immersed, and have a better understanding of the way of life in Belgium.

Belgians hold importance to family, appearance and cleanliness. They are very family orientated, and very often they remain in the town they were raised in. Cleanliness is regarded as a matter of national pride, and a messy home would be insulting to your guests. Keeping a good personal appearance in Belgium is important as Belgians are very concerned about making the right impression on others.

Belgium has three official languages: French, Dutch, and German. Expats will find that one is more commonly spoken than the other, depending on which part of the country they are in. 60% of the population speak Dutch, making it the primary language, and French is spoken by 40% of the population.

The bilingual nature of Belgium means that many road signs and notices are written in both Dutch and French. In the main cities, expats will find that most Belgians speak fluent English. It is advisable to start every conversation in English to avoid the possibility of raising any sensitive sentiments that occur due to the cultural and linguistic differences between the locals of Belgium.

Matthew James Removal routinely offers removals to Belgium. We will assist you with your entire door-to-door moving to Belgium process.  The cost of the move will vary according to the distance from each end, the number of belongings needing to be moved, packaging service, and if you want to take insurance out with us (highly recommended).

Do not hesitate to get in contact with us today to discuss your move to Belgium.

Moving to Denmark from UK

Moving to Spain from the UK after Brexit