REMOVALS TO AND FROM FRANCE

Are you looking for a removal service to, from or within France? We have multiple removals vehicles travelling through France on a weekly basis.

Removals from Paris to Perpignan, London to Lyon, the UK to The Dordogne or Marseille to Madrid; let Matthew James take the stress out of your move to or from France.

A direct service combines Matthew James’ service of excellence with the added advantage of a dedicated collection date and express delivery timescale. Handling of your effects is minimised as they remain on the same vehicle throughout. Although your delivery will be carried out in conjunction with other clients’ consignments, this means you will share the cost of the vehicle and your consignment will be prioritised for onward delivery typically within 7-10 days of collection.

A dedicated service gives you the flexibility to choose your collection and delivery dates. This service means you will have exclusive use of one of our bespoke removal vehicles. This service guarantees the Matthew James service of excellence and peace of mind that your moving dates can be fixed, allowing you the convenience to make travel arrangements and plan your arrival. All delivery dates are subject to EU laws on driving time. We can confirm the timing prior to any booking.

At Matthew James Removals we have the local knowledge and industry experience to handle all of your relocation needs, wherever in France you choose to move. With 3 generations of experience, bilingual staff and storage facilities in Paris and Cannes, you can be sure you’re in the most capable hands with your removals to France and back again.

Reasons to relocate to France with Matthew James… 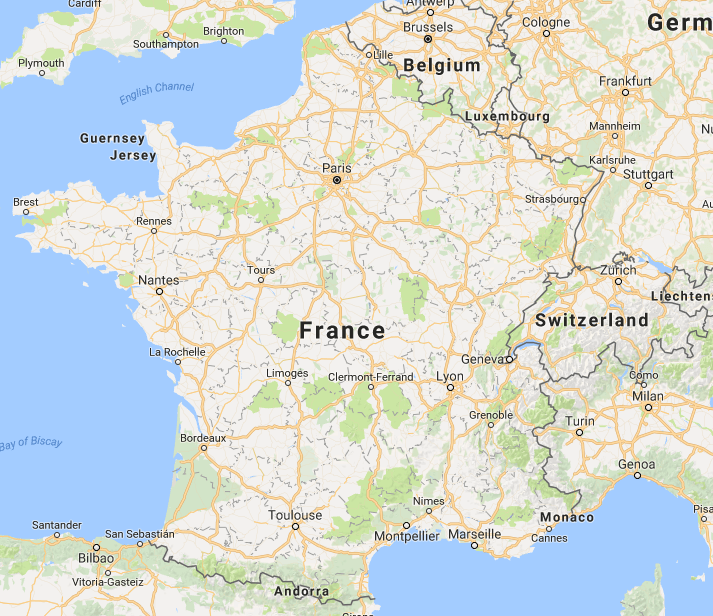 EUROPE
France is the number one tourist destination on earth and one of our most requested removal locations for a reason. With its warm climate, rich culture and celebrated cuisine coupled with a beautiful and diverse landscape, it’s no surprise that over 150,000 Brits now call it their home. Whether you are moving a few items to a new holiday home or moving to France entirely, we have a dedicated range of tailored services to cater to your exact removal requirements.

At Matthew James Removals we offer weekly services to, from and within France, throughout the year. From dedicated France removals to shared-loads or even single items, we offer a service to meet your requirements. Our expertise, know-how, local knowledge and specialist vehicles make us the obvious choice for moving to France and throughout Europe.

Our company has been accredited to ISO 9001, ISO 14001 and ISO 45001. We are members of IAM (International Association of Movers), the world’s largest trade association for the global moving industry.

Our facilities in the Europe

Your consignment is automatically covered up to £50,000 for total loss in the event of unforeseen circumstances such as a fire or flood. In addition to this we can arrange a full-cover insurance policy via our brokers upon request.

The fact that France is the UK’s closest continental neighbour is a major reason why so many Brits have made it their permanent home. As house prices continue to rise in the UK, properties on the other side of the channel have become relatively more affordable. This, coupled with increasingly inexpensive airline flights, means it has never been easier to move to France. More Brits are even choosing to relocate to France and then commuting back to the UK for work. Although many French people have some degree of proficiency in English it is still one of the biggest barriers expats face. It is strongly recommended that you learn some French, especially if you intend to work in France.

British citizens do not need a visa to permanently move to France. However, anyone living or travelling in France must be able to prove their identity using a valid passport, a photo driving licence or other documentation provided by a government body.  You will also need to register with your local CPAM in order to obtain a social security card for health care, called a “Carte Vitale”.

Britain has a double taxation agreement with France to make sure people do not pay tax in both countries on the same income. In France you should expect to pay income tax, residential tax (similar to council tax), as well as homeowners tax. Taxation is a complex issue in France and it is strongly recommended that you seek professional advice. You will also continue to receive your UK state pension providing you inform the DWP before your move. Further details can be found on the Gov.UK website.

France boasts an extensive network of roads and railways, and has many airports of which Charles de Gaulle and Orly are the main two. Travel to and from the UK is also quick and easy with the high-speed Eurostar train service or the many ferry crossings dotted around the south coast, Dover to Calais being the most popular. You will need to register your vehicle with French authorities if you plan on spending longer than six months of the year in France with your UK-registered car. Further information can be found on the official French administration website.