REMOVALS TO AND FROM SPAIN

Moving to Spain? We offer weekly services to Spain from the UK! From full relocations to single items; dedicated or shared-load services.

Let Matthew James take the stress out of your move…

A direct service combines Matthew James’ service of excellence with the added advantage of a dedicated collection date and express delivery timescale. Handling of your effects is minimised as they remain on the same vehicle throughout. Although your delivery will be carried out in conjunction with other clients’ consignments, this means you will share the cost of the vehicle and your consignment will be prioritised for onward delivery typically within 7-10 days of collection.

A dedicated service gives you the flexibility to choose your collection and delivery dates. This service means you will have exclusive use of one of our bespoke removal vehicles. This service guarantees the Matthew James service of excellence and peace of mind that your moving dates can be fixed, allowing you the convenience to make travel arrangements and plan your arrival. All delivery dates are subject to EU laws on driving time. We can confirm the timing prior to any booking.

At Matthew James Removals we have the local knowledge and industry experience to handle all of your relocation needs, wherever in Spain you choose to move. With 3 generations of experience and depots in Barcelona, Madrid and Malaga, you can be sure you’re in the most capable hands with your removal to Spain.

Reasons to relocate to Spain with Matthew James… 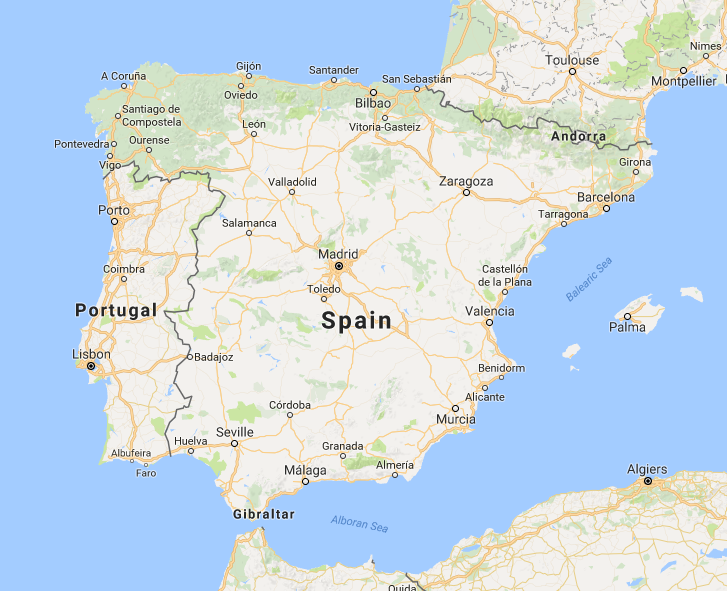 EUROPE
With year-round sunshine and more than 8,000km of beaches it is no surprise that Spain is the third most popular destination for Brits moving abroad. Combine that with the laid-back lifestyle, reasonably priced properties, and landmass twice the size of the UK with only two-thirds of its population and you can see why Spain is one of our most frequently requested removals destinations. Whether you are moving just a couple of items to a new holiday home or relocating entirely to sunnier climes, we’ll take the same care, door to door.

At Matthew James Removals we offer weekly services to Spain, all year round. From dedicated removals to shared-loads or even single items, we offer a service to meet your requirements. Our expertise, know-how, local knowledge and specialist vehicles make us the obvious choice for moving to Spain and throughout Europe.

Our depots in the UK & Spain

All of our depots in the UK and Spain offer fully containerised storage facilities in modern and secure warehouses. We understand that the things you store with us are precious to you. We treat everything with the highest level of care, just as you would yourself.

Your consignment is automatically covered up to £50,000 for total loss in the event of unforeseen circumstances such as a fire or flood. In addition to this we can arrange a full-cover insurance policy via our brokers upon request.

Over one million UK expats currently call Spain their home, with the majority of relocation occurring in three main areas: Andalucia in the South; Mallorca, the largest of the Balearic Islands; and the Valencia region on Spain’s east coast. A large British presence means English is widely spoken but it is wise to learn some Spanish for convenience and to help integration. This is especially important if you intend to work in Spain.

British citizens do not require visas to permanently move to Spain. However, within three months of arriving, you should acquire a foreign identity number known as Número de Identidad de Extranjero or NIE, as well as a Tarjeta de Residencia or residency card. You will also need to hold a valid British passport for entry to and exit from Spain.

Non-residents will pay tax on any income arising in Spain; this includes bank interest, business dividend, property income or wages. Income tax rates are similar to the UK’s and range between 24-45%. Further details can be found at expatica.com. You will also continue to receive your UK state pension providing you inform the DWP before your move. You may also be eligible for other UK benefits, of which further details can be found on the Gov.UK website.

Spain boasts an extensive network of roads and railways, and has over 91 airports, of which Madrid, Malaga, Palma, Alicante, Valencia and Barcelona are the biggest. You will need to register your vehicle with Spanish authorities if you plan on spending longer than six months of the year in Spain with your UK-registered car. More information can be found on the Direccion General de Trafico.