Can I Still Move to Spain Post-Brexit? 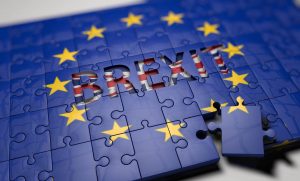 Spain is a popular choice for Brits wanting to escape the harsh UK weather and relocate to sunnier climes. However, with Brexit done and dusted, it’s left a lot of people uncertain about making such a move.

Now that Brexit has happened, many of us are wondering if moving to Spain is even still possible. Fundamentally, not a lot will change with regards to the legislation until the Brexit transition period expires on 31 December 2020, which means that until that date, you can still relocate to Spain as before.

However, British nationals will have to abide by further procedures and standards when it comes to moving to Spain following the end of the transition period. You can expect the process to gain Spanish residency status to take slightly longer, since additional checks will be necessary.

Below, we explain what is required to move to Spain and how British citizens can gain residency status after Brexit.

As mentioned above, nothing will change until the transition period has ended, which is, at present, scheduled to be 31 December 2020.

During the transition period, the UK will continue to stay in both the EU Customs Union and single market, which means most things will remain the same. What this means is that up until this date, you are still allowed to freely relocate to Spain in the same way as before, with no visa required. That said, it is vital to gain Spanish residency during this period, in order to stay in Spain once the transition timeframe ends.

If you are a listed inhabitant in Spain before 31 December 2020, your rights will remain the same following the deadline. Consequently, if you are a UK resident wanting to move to Spain following the end of the transition period, it may be wise to finish this process before the 31 December deadline. Otherwise, you may experience a more problematic immigration process.

Anyone who has been officially living in Spain for at least five years at the time of Brexit will be allowed to apply for a ‘permiso de residencia de larga duración’, which roughly translates to ‘permission to reside in the country’.

If you have not been resident in Spain for at least five years, you will likely have to apply for a visa to stay in the country, until you are able to meet the five-year condition.

To begin the process of applying for permanent residency, you will need to send your application to the closest Spanish Consular office within three months of your arrival in Spain, whether you plan on working in Spain or not.

Be aware that the application process is notoriously long and requires several documents. Hence, it is important to ensure you have everything you need to complete your application successfully. Initially, the consular staff must consider your application, prior to sending it to the Spanish government office nearest to the region of Spain you wish to live in.

Successful applicants will then be asked to appear at the consulate personally to collect their visa. Should your application include the right to work, you will then be advised to fill in some additional forms.

Here is a summary of what UK residents wishing to move to Spain will need to do:

Once your application has been authorised, you will be supplied with your visa within one month. You will then need to arrive in Spain within three months of your application in order for it to remain official.

If you have consent to work and you fail to register with the social security office within three months of entry, your right to remain will expire.

Moving to Spain as a Salaried Worker Post-Brexit

If you plan on working in Spain after Brexit, you will need:

If you are working for a company in Spain or plan to do so after Brexit, then your employer should be responsible for handling your application to stay in Spain.

Moving to Spain as a Non-Worker or Employee

If you would like to reside in Spain after Brexit, but not work in the country, you will need to:

Moving to Spain as a Self-Employed Worker Post-Brexit

If you work for yourself, you can still move to Spain and declare yourself ‘self-employed’ or ‘Autonomo’.

Just be aware that you are required to:

Moving to Spain as a Retiree After Brexit

If you are looking to retire to Spain post-Brexit, you will need to abide by the below conditions to be successful in your application:

Moving to Spain as a Student

As a student moving to Spain, you will need:

Moving to Spain after Brexit?

If you are still considering moving to Spain, either before or after the Brexit transition period, then we can help you with your move. We offer cost-effective weekly removals services to Spain from the UK and vice versa.

Our dedicated team of removals experts can handle full relocations, shared loads, or even just single items. With a wealth of local knowledge and years of experience, we can help make your move to Spain as hassle-free as it can be.