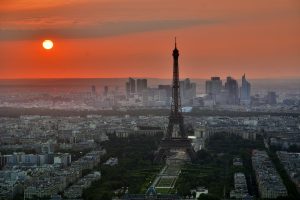 Are you thinking of moving to France? Rich in heritage and relatively close to home, it is no wonder so many Brits decide to move to this beautiful country.

France is an enormously varied country – someone wanting to move to Nice, for example, is unlikely to be wanting the same as someone choosing to move to Lyon or Paris, so it appeals to a diverse crowd of expats. It is also often seen as the ultimate retirement spot, with its relaxed pace of life and several other benefits that are not accessible in the UK.

If you are thinking of moving to France from the UK, then continue reading our essential relocation guide for UK expats.

LIVING AND WORKING IN FRANCE

In terms of looking for work, British citizens do not currently require a work permit; however, once the Brexit transition period ends, this is likely to change. This could mean that expats will need to acquire a work permit, as well as having a confirmed place of work before starting their relocation to France.

As such, it is important to check with the relevant authorities the requirements for working in France after the Brexit.

France has one of the most superior healthcare systems in the world. In fact, it consistently ranks as one of the best.

Unlike in the UK, lengthy waiting lists will be a thing of the past and you will get more of a choice when it comes to doctors. French healthcare is incredibly well-organised and of an extraordinarily high standard.

To access it, you will need to apply for an EHIC (European Health Insurance Card), which permits you the right to gain access to the state-provided healthcare while you are living in France – this applies to any healthcare that is deemed medically essential. Typically, this takes care of approximately 70% of the expense of your medical bill.

Brits planning to move to France and stay in France for an extended period of time may decide to complement their EHIC with private health insurance. This deals with the surplus of any substantial medical costs, as well as giving access to a broader range of healthcare than that available via France’s state-provided healthcare, should there be a medical emergency.

With more than 1,000 hospitals located across France, rest assured you will always be able to access emergency care.

Rather than keeping your UK bank account, it is best to open a French one, otherwise, you will be using an international bank account to make purchases, which generally incurs substantial fees. This is particularly important if you are renting or buying property or managing your insurance and bills.

The good news is you can choose to set up your French bank account before relocating to France. Banks are permitted to authorise you to establish a non-residency account, even if you do not yet have a permanent French postal address.

Thanks to the popularity of online banking, it should not be too difficult to organise your finances prior to your arrival in France.

Even though France has one of the greatest economies in Europe and is the third-largest worldwide, unemployment has remained a problem.

While the rate fell towards the end of 2019, roughly 8.1% of the French population continues to be jobless. One reason can be put down to an incompatibility of companies’ requirements and the skills accessible in the workforce to match these roles.

In France, there is a shortage of trained workers to fill crucial jobs, particularly in the health and engineering fields, as well as in information technology (IT). On the other hand, there are too many posts in the manufacturing, mining and agricultural sectors. France is also famed for its fashion and cosmetics industries, together with luxury goods.

Tourism is a huge part of France’s economy, meaning it should be relatively straightforward to find a seasonal job at a campsite or ski resort. There is also the chance to teach English as a foreign language (TEFL), which is the route many younger expats choose to take.

Regardless of the type of work you are seeking, it is a good idea to learn the language before you make your move, as you will stand a better chance of gaining employment – particularly as there are more temporary and flexible contracts than there are permanent positions.

When you arrive, you will benefit from a high standard of living, not to mention a strong healthcare system and substantial holiday allowance.

It is more common in France to rent an apartment or a house than it is to buy, particularly among expats. Around 36% of the French population rents, especially expats in the initial part of their stay. If your stay is temporary, renting is probably your best choice, as buying can prove extremely expensive.

Rental prices in Paris, for example, are notoriously expensive. But much like in the UK, as soon as you are outside of the capital, prices are typically more affordable. Rental prices are also affected by whether you would like to live in the city centre or the outskirts, as well as how many bedrooms you require.

It is worth browsing rental websites, speaking to estate agents (agences immobilières) and looking at classified ads in newspapers to find rental opportunities in France. However, it is often trickier to find rural accommodation, either in person or online, so it is best to seek the advice of an agent in those circumstances.

Usually, adverts list the living space in square metres. A property below 40 square meters is regarded as a small apartment, while anything above 100 square metres is considered large.

Once you have decided about moving to France, Matthew James has got you covered. We offer weekly international relocation services to and from France throughout the year and can cover the entire move or only part of it. Cannes and Paris are amongst the most common destinations for our removals to France.

As always, the cost of your international removal will vary according to the overall distance, method of transport, number of belongings you have, and if you wish to take out additional insurance (this is recommended).